Governor Terry McAuliffe signed executive order 23 establishing “The New Virginia Economy” Workforce Initiative, which will be led by Secretary of Commerce and Trade Maurice Jones. This initiative seeks to overhaul our economy in four ways: increasing postsecondary education and workforce credentials, securing employment for veterans, aligning education with the needs of businesses, and diversifying the economy.

“By better aligning workforce supply to employer demands, we can implement common-sense solutions that will help ensure Virginia’s workers can get the skills they need for the jobs they want,” said Governor McAuliffe. “In order to remain globally competitive, it is critical that Virginia’s workers have the tools they need to succeed in a 21st century economy.”

“Talent development is the most important ingredient for economic growth of the Commonwealth,” said Secretary of Commerce and Trade Maurice Jones. “On behalf of the Governor, I am working with public and private sector entities involved in workforce development to ensure that Virginia is the leading state for attainment of credentials that matter to business, industry and economic prosperity.”

“The directive regarding Virginia’s veterans is another strong example of how the Governor is positioning the Commonwealth to be the most veteran and military friendly state in the Union,” said Secretary of Veterans and Defense Affairs John Harvey. “Not only does it reinforce current cross-collaborative efforts within state government for hiring veterans, it bolsters what will be an ever increasing pipeline of highly-trained, well-disciplined and leadership-ready employees for our burgeoning Virginia businesses–from the healthcare industry, to cyber security and IT, modeling & simulation and beyond. The Governor’s coordinated directives of greater outreach to Commonwealth businesses and easier veteran transition to a career in this new Virginia economy will be a positive and powerful economic boost to our state’s economic future.”

“The Governor’s new Workforce Initiative is a tremendous step forward in combining post-secondary public education with the needs of businesses and a diverse economy,” said Secretary Holton. “We can’t expect Virginia to have a world-class workforce if we’re not willing to provide the education and training citizens need for the careers of the 21st Century. The Governor’s plan is bold, ambitious, and just what the Commonwealth needs to remain competitive.”

The executive order includes several ambitious goals, such as the “Pathway to 50K” initiative which sets a target of 50,000 credentials, licensures, apprenticeships, and sub-baccalaureate degrees earned that meet the immediate needs of Virginia’s workforce.

The Governor also unveiled “The Patriot Pledge,” which will ask 10,000 businesses to sign a pledge of commitment to hiring more veterans. This pledge will help recruit veterans to the Commonwealth, where they can take advantage of the ample opportunities our state provides.

How To Apply For Unemployment Insurance

Through a partnership with Metrix Learning, City of Alexandria and Arlington County are offering FREE online training for our residents.

The Alexandria Workforce Development Center and the Arlington Employment Center are operating at limited capacity to ensure social distancing due to COVID-19 (Coronavirus). All workshops, hiring events, and access to the Resource Centers/Computer Labs are suspended at this time.

If you are a worker who has been totally or partially separated from your job due to COVID-19, go to http://www.vec.virginia.gov/unemployed to see if you are eligible for unemployment insurance or call 866-832-2363 Monday-Friday 8:30am – 4:30pm and Saturday from 9:00am – 1:00pm. Additional information: General Unemployment Information on Claims related to layoff March 2020 and Spanish version on filing a weekly UI claim

Thank you for your patience and understanding! 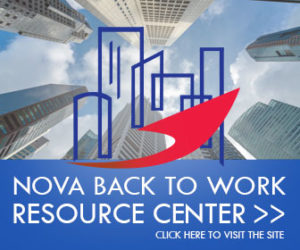 (For best performance, use Google Chrome to view Career Concourse)

Alexandria/Arlington Regional Workforce Council, Alexandria Workforce Development Center, and Arlington Employment Center are equal opportunity programs. Auxiliary aids and services are available upon request to individuals with disabilities. To request a reasonable accommodation, contact us at 703-228-1400.